Guangzhou to Hong Kong via the new XRL Train

From Guangzhou South Railway Station, you can take the new high-speed rail service to Shenzhen, and all the way into Hong Kong and West Kowloon Station. It is the High Speed Rail service known as Guangzhou–Shenzhen–Hong Kong Express Rail Link (XRL), or Guangshengang XRL.

Prices fluctuate by a few RMB depending on which train. See further below for seating class guide.

Getting to Guangzhou South Railway Station

A taxi from Guangzhou South Railway Station to Guangzhou CBD (Tianhe) would take around 40 minutes and cost 70 RMB.

You can take line 2 or line 7 to the station. The metro station shares the same name as the train station – Guangzhou South Railway Station (广州南站). The metro station is inside the railway station so it is very convenient. See Guide to the metro and line map 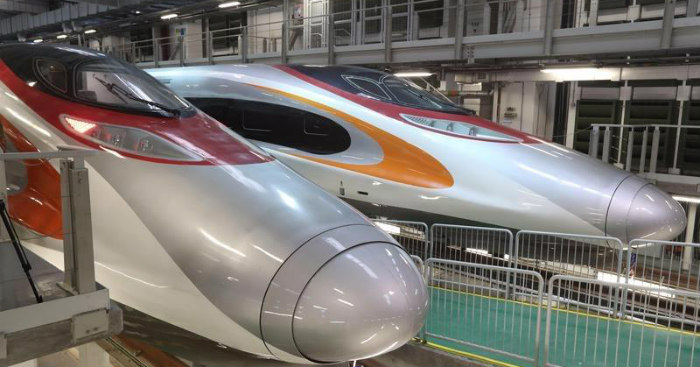 Below is an example of seating although some train units may differ slightly. Each carriage has its own toilet, washbasin, and hot water fountain. There is a large luggage space at the front of the individual carriage and overhead storage for light luggage.

WiFi is free but limited to one 15 minute session while in Hong Kong. To connect to the WiFi you will need to enter a mainland China mobile number or use your WeChat account. 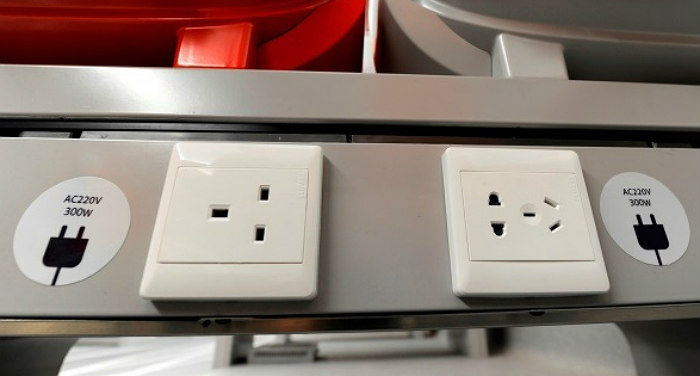 Arrive 30 mins before departure time to give enough time to clear entry security and get to the correct gate. GZ South Station is quite large but easy to navigate.

All immigration procedures at handled at West Kowloon Station, to board the train you will require a passport.

The sum of the length, width and height of hand-carried baggage must not exceed 130 cm. For large parcels and luggage, there are services at the station who can ship them separately.

Stations on the GZ-SZ-HK XRL Line